In the ânameâ of being helpful

At 6 feet 5 inches, QHC Maintenance Supervisor Ed Goles’ height is the first thing you notice about him. But when talking to him for any length of time, you quickly see that he has much more to offer than his ability to reach things on high shelves (though he most certainly would help you reach something!).

Although Ed considers himself more artistic than techy, that doesn’t stop him from using both sides of his brain. Aside from painting and drawing, he spends much of his free time learning about technology, coding, and augmented reality.

“It’s a cool time to live,” said Ed. “Technology is exploding. If you have the energy to do something, there’s a way to make it work.”

Ed recently put his energy toward making his QHC name tag stand out.

Using a wallet-sized, low-cost computer called a Raspberry Pi and programming language called Python, Ed was able to create a digital name tag that he is able to change as frequently as he likes.

“My name tag used to say ‘Ed – Supervisor’ but I thought it would be handier to say something more meaningful.”

“People in the hallways of the hospital don’t really care who you are, they just want some help,” said Ed. “And it works. They see my name tag and they ask for help finding their way.”

As Ed approaches retirement, the top right corner of his name tag features a little cartoon image of a guy in a hammock and a countdown of days until he retires. Having worked at 20 plus companies over his career, in various interesting roles (he holds two World Patents from projects he worked on in the past), he may be gearing down from the 8-4 grind and his role at QHC, but he admits that his mind will always stay active and he’ll always be looking for creative ways to use new technology.

Thank you, Ed, for your commitment to helping patients and visitors and for living QHC’s values! 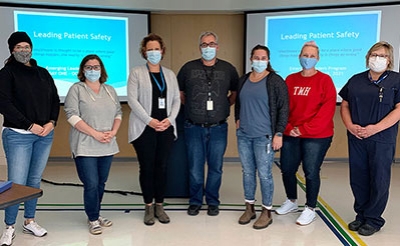 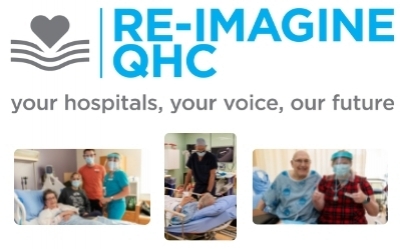 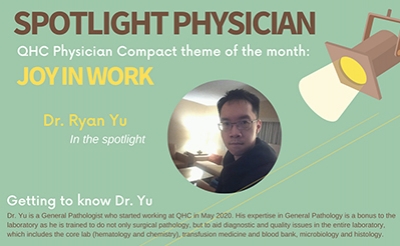 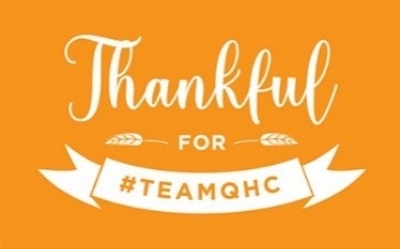 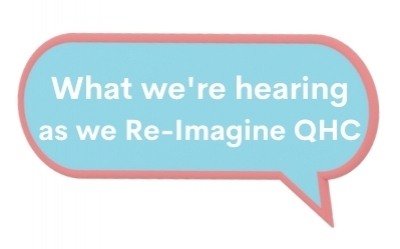 What we're hearing as we Re-Imagine QHC
October 2021 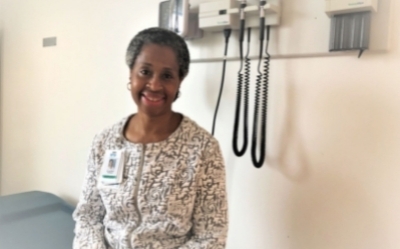 QHC Update to the Community
September 2021 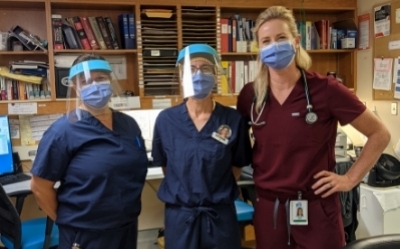