Physicians and other health care providers can often diagnose a medical condition by its symptoms. But for those who develop Sepsis, the symptoms can be difficult to pick up on. Sepsis is a whole-body inflammatory response to an infection and according QHC’s Chief of Staff, Dr. Dick Zoutman, there will be more than 300 cases of Sepsis found every year within the Quinte area. For approximately 30 percent of those who are diagnosed with Sepsis, it will be fatal.

If a person is diagnosed as having Sepsis, it means they have a serious infection with bacteria in their blood stream. According to Zoutman, it affects the extremes of age. “It most often affects young babies, particularly those in the first few months of life; the elderly, especially those who have complex health conditions; and those whose immune system has been compromised, such as someone who has cancer and is taking chemotherapy,” he said.

Common signs and symptoms of Sepsis include fever, increased heart rate, increased breathing rate, and confusion. However, Sepsis is not always considered when patients present to their doctor or the emergency department with these symptoms. “If someone has a high heart rate, a high breathing rate and a high temperature, it should alert their care provider to say, maybe this is an allergic reaction, maybe it’s a heart attack, maybe it’s anxiety but maybe it’s also Sepsis.” Zoutman said that in adults one of the most common symptoms is fever. “Normal body temperature is 37 degrees Celsius. For someone with Sepsis, generally their temperature goes above 38, sometimes it can go as high as 39 or 40 degrees. It’s often accompanied with chills, you feel very weak, and unwell.” He said that not everyone will experience all of these symptoms. “In the elderly who have more health problems, they may not have a fever or chills. They may just feel weak, dizzy and generally unwell,” he added. He said that if someone is suspected of having Sepsis, testing needs to be done and antibiotics administered quickly.

Zoutman said that although Sepsis is diagnosed by taking blood samples, it often takes up to two days before results confirm whether or not a person has Sepsis. If Sepsis is suspected, antibiotics are administered immediately. “We don’t wait with the antibiotics, we often give them right away. The challenge with that is we don’t know what antibiotics to use because we don’t know for certain what’s roaming around in your bloodstream so we tend to give very broad spectrum ‘big gun’ antibiotics.” He said the problem with that is it stimulates resistance in bacteria, not only in that individual, but into the environment. “When you’re taking an antibiotic, everyone around you is in effect taking it with you,” he added.

A MALDI-TOF, which is a new technology that is being supported by the Belleville General Hospital Foundation, will help speed up the process and confirm whether or not a person has bacteria in their bloodstream and specifically what the bacteria is. “Literally in minutes we can get a result that tells us if there’s bacteria present and what those bacteria are so we can pass that information along to the physicians and speed up treatment,” he said. The MALDI-TOF is expected to be in place and functioning as part of the Lab at Belleville General Hospital by March 2016. Currently and without the use of the MALDI-TOF, a blood sample is taken but it has to be placed in an incubator and left to grow for a day or two before one can determine if Sepsis is present. Zoutman said that the MALDI-TOF will be able to deliver a rapid diagnosis, thus enabling care providers to tailor the antibiotics and treat specific bacteria quickly.

While there is no perfect prevention for Sepsis, there are some things people can do to help prevent it. “We all need to clean our hands often. Certainly before we eat, after we use the bathroom, but also we need to clean our hands on a regular basis throughout the day.” He said that despite the controversy about the Flu shot, he still recommends it. “Overall, it is at least 50 percent protective, which is better than zero percent.” Those who are over 50 years old can speak to their doctor about getting the Pneumonia vaccine to ensure they are protected against one particular kind of Pneumonia. Zoutman recommends that children should be keep up-to-date on their vaccines and if they show signs of Sepsis, they should seek attention immediately.

Zoutman said that Sepsis is becoming more common and there will be more cases of Sepsis in the Quinte region this year than there will be most cancers. “It’s a very significant problem. It has a high mortality and it’s imperative that we all be on the lookout for this.”

In an effort to further manage Sepsis at QHC, our Interprofessional Practice team has implemented a medical directive for adults who present with Sepsis in the Emergency department, patient order sets for Emergency and ICU to support the care of patients with Sepsis and will be displaying posters in the ER and ICU to help care providers identify Sepsis. 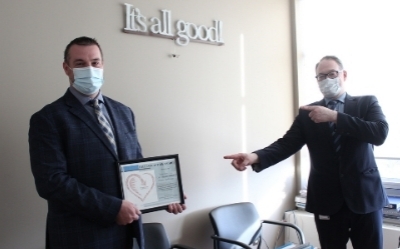 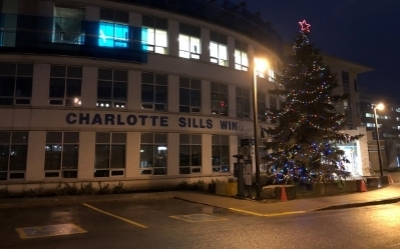 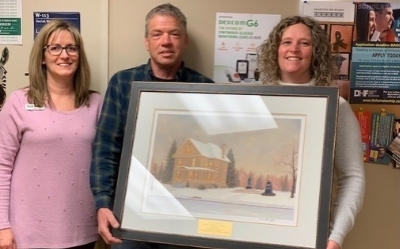 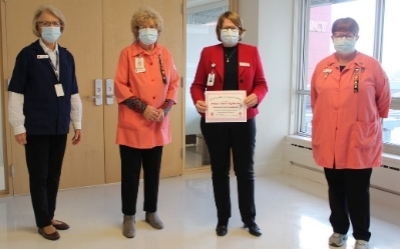 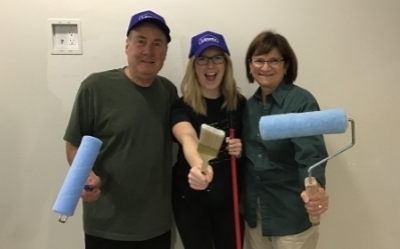 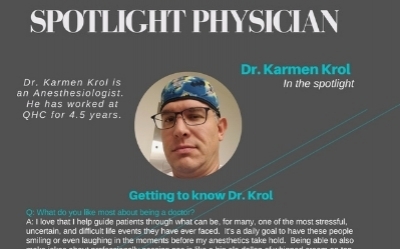 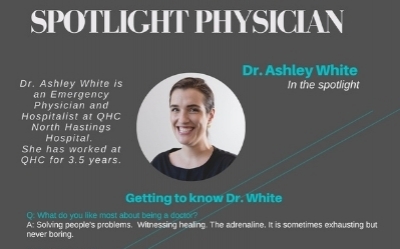 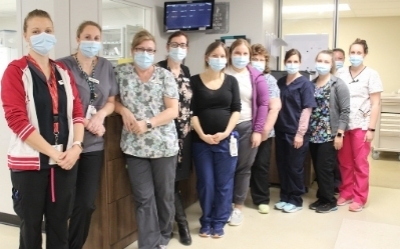